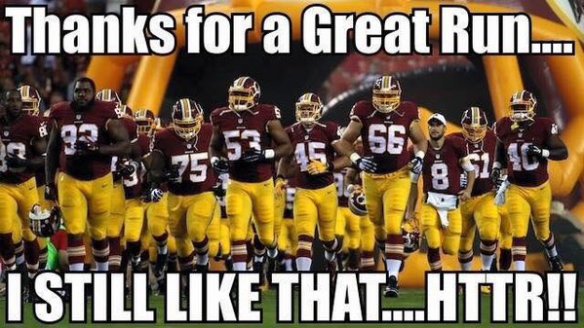 RedskinsTailgate.com wants to thank you all for a job well done and appreciate your hard work and dedication.  You made us Redskins fans proud by surprising the NFL by winning the NFC East Division when most “experts” had you coming in last,  We knew you had the team to do it, you knew it as well.

END_OF_DOCUMENT_TOKEN_TO_BE_REPLACED

Sunday our Washington Redskins showed us that Jay Gruden’s offense is explosive when the players know the system and play at the level expected of  NFL players.  I knew the hiring of Jay Gruden would bring Washington the same explosive offense he had with the Cincinnati Bengals – which helped them to 3 straight playoff appearances when he was the OC.