Instead they stomped a 30 burger mudhole in the Philadelphia Eagles, shocked everyone except the Redskins players, coaches & fans and committed “Grand Theft Division™” in front of a TV audience numbering in the tens of millions.

END_OF_DOCUMENT_TOKEN_TO_BE_REPLACED

“The first time’s the charm, the second time it’s payback”

Our Washington Redskins will clinch the NFC East Division with a win at Philadelphia vs the Eagles. Although the Eagles are a game behind and lost to the Arizona Cardinals & the Redskins had a big win over the Buffalo Bills, this is a division game.  The Philadelphia Eagles will hit us with everything they have and they know they must win or else our Redskins will be the NFC East champs.

END_OF_DOCUMENT_TOKEN_TO_BE_REPLACED

Yesterday (as you already know) the New England Patriots beat the Washington Redskins 27 to 10. On the other hand an asteroid didn’t wipe out the New England coast, California didn’t slide into the ocean, Yellowstone Park didn’t disappear under megatons of volcanic pyroclastic debris, and Europe wasn’t invaded by masses of un-dead zombies.

END_OF_DOCUMENT_TOKEN_TO_BE_REPLACED

No, you weren’t dreaming – Kirk Cousins lead our Washington Redskins back from a 24 point deficit by rushing for one touchdown and passing for three touchdowns.  It was in fact the biggest comeback victory in the entire Redskins history. The boo’s our team heard in the 1st half turned into cheers as the defense rose to the occasion in the 2nd half AND held the Tampa Bucs to just 6 points & 2 field goals so Kirk could throw the winning TD with just 24 seconds left on the clock.  The final score was a gift from the entire Redskins team to the faithful: Skins 31, Bucs 30.

END_OF_DOCUMENT_TOKEN_TO_BE_REPLACED 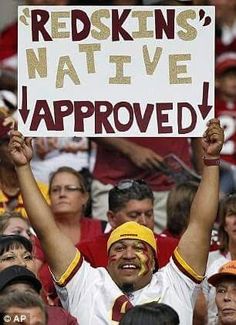 Often in a loss there are so many positive aspects of the game that it makes losing a lot more easy, and Sunday’s game was a good example. Several facts about the game give me reason to be proud about the team’s performance::