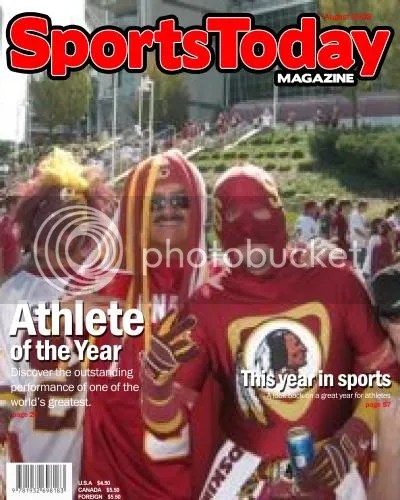 This interview is as real as it gets. Skins Superfan is the President of ZE Redskins, a closed group. Only longtime, true, loyal Washington Redskins fans get accepted into this group. Skins Superfan has met Joe Gibbs and George Allen, the owners, a lot of Redskins players, and is respected as the most loyal Redskins fan of them all. This reporter is proud to interview Skins Superfan.

Of all the Washington Redskins fans, one group of longtime, all-weather Redskins fans united and call themselves ZE Redskins, and their leader is a man named Skins Superfan. I call them hardcore fans, as they believe in true Redskins football, and they go back to the George Allen days. Redskins football was a stingy, smart defense with veteran players and a stunting offensive line and running game and most of the time they were victorious.

These true fans bleed burgundy and gold and love the Washington Redskins. They can tell you every game, every great play, & the best games. They also have had to deal with years that the Redskins didn’t win. They also enjoyed the thrill of victory under the Joe Gibbs years. These fans loved the Hogs, John Riggins, The Posse, The Smurfs, Capitol Defense, not to mention 3 Super Bowl wins out of 5 appearances. Here are excerpts from a telephonic interview this reporter had with Skins Superfan, leader of ZE Redskins on July 30th,2011.

“ZE Redskins is expecting Mike Shanahan and Bruce Allen to bring back Redskins football. We know Bruce Allen is the son of the great George Allen who was a member of ZE Redskins as a fanatical genius and believes he has the experience and knowledge and dedication to get us the players we need to win now! Like his father, he says “The future is now.” We don’t want to rebuild, it take years to get a team. We expect Coach Mike Shanahan to get the team ready to win now.”