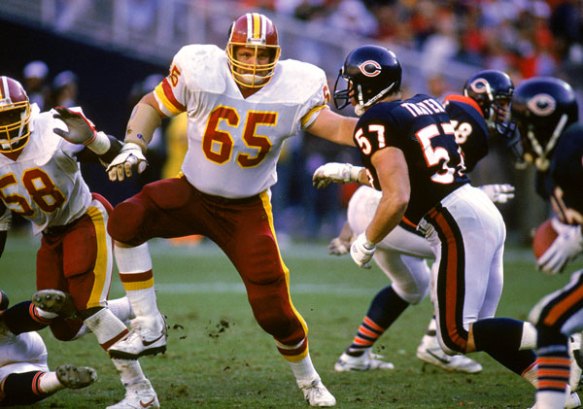 Once upon a time in rural Alabama, there was a big farm boy name Dave, and he became one of the best NFL football players ever, durable, only missed 4 games in 16 years. When he retired, he was already a legend with the HTTR Hard-core Hogs.

At the victory parade following the Redskins win in Super Bowl XXII, Butz famously shouted to the crowd, “We came, we saw, we kicked their butz.”

Butz was later named to Purdue’s All Time Football team.

Butz was drafted in the first round (fifth overall) of the 1973 NFL Draft by the St. Louis Cardinals, where he would play for two seasons. He then played for the Washington Redskins for 14 years, where he had three Super Bowl appearances. He was a one time Pro Bowler in 1983 in a season in which he got eleven sacks, a career best. He only missed four games in his entire 16-year career.