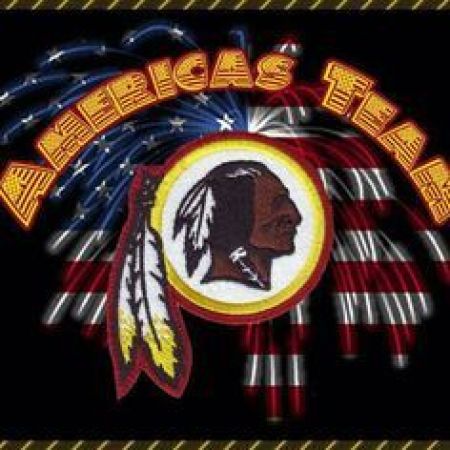 It just doesn’t get any better than a Redskins-Cowboys football game. Our Washington Redskins are coming off a disappointing loss last Monday night against the Pittsburg Steelers, The Dallas Cowboys lost a close game to the division rival New York Giants. However, if you have a pulse, you know when the Redskins and Cowboys get it on, both teams come to play. We want a victory and make the Cowboys zero wins and two losses, both in the division. A win will get us 1 +1, and 1 + 0 in our division.

I have no doubt that Captain Kirk Cousins will bounce back with a strong performance as well as our team. These 2016 Washington Redskins have pride and want to prove they are better than they played in our loss last Monday night. I believe our Wide Receivers DeSean Jackson and Pierre Garcon and our tight ends Jordan Reed and Vernon Davis will be too much offense for the Dallas Cowboys defense. I DO want to see more TWO TIGHT-ENDS formations.

Our defense is enhanced by the re-signing of Cullen Jenkins, crafty experienced veteran who can play any position on the defensive line.  His addition and good game planning by defensive coordinator Joe Barry will show that our Redskins are improved stopping the run and can put pressure on the opposing quarterback.

The Cowboys are starting a rookie quarterback who had an impressive performance in game one, Dak Prescott is mobile also so a “double threat”.  The rookie runningback Ezekiel Elliott was not impressive, but the Cowboys do have two time All Pro Alfred “A Train” Morris, ex-Redskins starting running-back who rushed for over 1600 yards in 2012.  He will be running behind a very good offensive line with three Pro-Bowlers on it.

I know our secondary is made up of young,physical talent mixed with wise veterans and our secondary will have to cover wide receiver Dez Bryant and other good receivers.  The New York Giants did a good job in taking Bryant out of the game, allowing him only one catch for 8 yards total. One of the “keys to victory” will be keeping the Cowboy receivers from scoring touchdowns.  Another key to victory is our team needs to stop making “drive killing” penalties.  Stopping the Cowboys running-game is another “key” because they love to run the ball to set up play-action passes to their receivers.  Jason Whitten is an All Pro tight-end veteran and is a favorite target so our defenders need to make sure tackles and keep the Cowboys in 3rd and long situations. Its “key” to pressure, hit, hurry, sack the Cowboys’ rookie quarterback Dak Prescott.

I predict a Redskins victory. The current Bleacher Report Power Ranking has Giants at 16th, Redskins 17th, Cowboys 18th, and Eagles at 20th. I personally do not put much faith in those Power lists until teams have played at least 6 games. With our talented team, I know they will work on mistakes made in game one and be ready to take the Cowboys to Sunday school. You cannot put a dress on a pig, because you still have pork, We must get our running-game going and begin that with this game. Head-coach Jay Gruden, Offensive Coordinator Sean McVay, Defensive Coordinator Joe Barry need to do better with their halftime adjustments. Kirk Cousins need to relax and not press. Show some patience when he has time and left receivers get separation downfield. Nobody can cover DeSean Jackson one on one and I want to see more deep passes from Kirk Cousins,

I could write pages and pages of exciting plays I have seen in the Cowboy Redskins games. Kenny Houston hanging onto Walt Garrison for dear-life to keep Garrison from scoring the winning touchdown on the 2 yardline. I know today’s young Redskins fans remember Mark Brunell’s two last minutes touchdown passes to Santana Moss to come back from 13 down to beat famous coach Bill  Parcel’s Cowboys 14 to 13, and maybe Sean Taylor picking up the blocked field-goal and advancing it downfield far enough for a Redskins game winning field goal. Cowboys had some against us too, I painfully remember quarterback Roger Staubach coming from behind and stealing a victory away from us with a last minute touchdown pass to Tony Hill. All Redskins-Cowboys games are exciting.

Redskins fans, get revitalized and informed, updated with Redskins news on Rev T’s Sports Revival. On Tuesday nights at 8 pm,ET  Rev T and his expert analyst Co-host DMV Kell  talk intelligently about all DC sports including our Washington Redskins. “Kirby’s Corner HTTR is on the show as well so tune in and be entertained by the best sports talk radio show on the air!  Getting bigger and better, KINGS of TWENTYSIXTEEN. Just CLICK THE LINK.