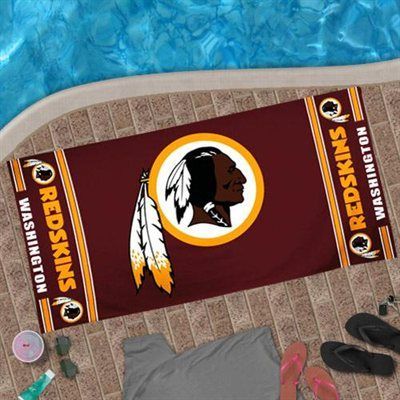 Game 1 of our Skins season will make a statement, whether we like the results or not. A victory will give us something to build on, so that’s what we have to take for granted.

We must play a relative penalty-free game on both sides of the ball.  It’s frustrating to complete a perfect pass for a first down and have it called back and have more yard attached to the down because of a penalty. The Steelers need to get all the bonehead penalties this week.

Our coaching staff has to be up to the task of competing with an experienced, very good coaching staff of the Steelers. If head-coach Jay Gruden and his coaches went over each and every play in 2015, they saw their mistakes regarding to play-calling, and game/clock management. If they didn’t it’ll be a long day at FedEx Field.

“When you throw the football, three things can happen and two of them are bad.” ~ Vince Lombardi and George Allen

Excuses won’t cut it. Cousins has graduated to that level and beyond.  He needs to take care of the football and be patient – throw the ball away instead of trying to force it when the target is too well covered.

There are reasons to expect our running-game to be improved. Left Guard Shawn Lauvao is back healthy, and All-Pro left tackle Trent Williams should get a push on the defense for run yardage and protect quarterback Captain Kirk Cousins’ blindside. Right Guard Brandon Scherff is in his 2nd year and has progressed tremendously under the coaching of Bill Callahan.

Right tackle Morgan Moses is healthy and up to 335 lbs, center position is well handled by Kory Lichtensteiger.I predict Spencer Long and Austin Reiter to be All-Pro in the future. Look for Ty Nsekhe to make his 335 lbs a force when he comes in as a swing tackle. It all starts with the big guys up front. Time-of-possession, rushing yardage, passing success all depends on how well they do their job.  I think you’ll see some powerful guard and tackle combination blocks this season by Bill Callahan’s Great Wall.

Normally I’d be preaching clock control by running the football, but having scouted the 2015 and preseason 2016 Steelers, their weak link is their secondary. Their 3/4 defense makes them strong against the run, they use different packages with their Front 7. Which leads us to:

Dr. Len’s Prescription:
We run just often enough to keep the Steelers defense honest. My game plan calls for passes to  set up the run instead of running to set up the play-action pass. The wild card will be if it’s raining and windy. Having said that I don’t think the wind will be a factor and have stopped the rain-dancer from dancing until Tuesday. After Kirk Cousins singes the Steeler secondary, the Steelers will stop loading the box and our run-game can stomp a Steeler mud-hole. If Big Ben and Antonio Brown stay on the sideline they can’t hurt us.

Defensive Secondary:
Josh Norman’s athleticism and instincts will be challenged by speedy top ranked wide receiver Antonio Brown.  Josh’s focus should be to take Antonio Brown out of the game.

Our Front 7 has to handle the Steeler Offensive line and cover their big tight-ends and slot receiver when they try to run through the flat. If Joe Barry keeps pressure on Big Ben Roethlisberger he won’t have time to plant and throw. Sacks and batted passes will get in Ben’s head, that leads to inaccurate throws. Fact: Rothlisberger does throw interceptions when he’s pressured.

The Bottom Line:
We have every right to expect a win, and great individual performances by veterans and rookies alike will get us there. I honestly believe Josh Doctson will get his first NFL touchdown vs the Steelers. Every single player needs to pull his weight – the Steelers are a playoff caliber team, but so are we.

The Steelers will run into a bigger, stronger, and more physical offensive line than they expect. Their offensive line will have burgundy and gold climbing on them like ants at a picnic.

Rev T’s Sports Revival will have a thorough post-game evaluation by Tavon Fennell, DMV Kell, Mr D.C. Sports Sr, and Kirby’s Corner HTTR.  Get all the latest news of all D.C. sports and get revitalized, entertained, and informed. Best sports talk radio show on the air!  Feel free to call in!