To quote great Washington Redskins HOF coach George Allen, “THE FUTURE IS NOW”. Little did he know then that the term would take on an entire new meaning in the future to come.  Bear in mind back in the 70’s, defenses ruled.  Today the focus is on offenses, and the rules are totally different from what they were then.

However, having said that, General Manager and President Bruce Allen both say the same thing.  THE FUTURE IS NOW.  Neither of them nor head coach Jay Gruden want to spend years rebuilding the Washington Redskins, so expect them to draft players who will probably start, or at least start quickly. Expect our team to become younger and stronger through the NFL Draft when it rolls around on April 28 thru 30th.  They will get us “quick fixes” with free agents who want to sacrifice and are team players and leaders and who want to be on a Super Bowl winning team.

What did I say? OMG, Redskins a Super Bowl Team??? oh HAIL YES I did.  Let the pouters, doubters, and do-withouters rant, but 2016 Washington Redskins will have the potential of going all the way.  The Redskins had a good base,foundation, then GM Scot McCloughan came and in one year rebuilt the team,  President Bruce Allen had great drafts before and Scot added the best draft by any team in 2015.  Guess what!!! Scot and Bruce will get us another great draft April 28-30 and give us youth, depth and talented physical football players.

I have NO DOUBT as of this date,  that Kirk Cousins will get a 4 or 5 year contract and will recognized as an elite QB. While having more weapons he’ll have confidence in Jordan Reed and Pierre Garcon via the off season practices and likely average over 30 points a game passing and running.  Crowder, Ross and others will excel,  and for the first time Captain Kirk will be able to practice and get the timing down with the FIRST STRING all summer, all preseason long.

His excellent stats in 2015 are just a peek at what he will do in 2016.  He is a winner, always has been a winner and will continue to be a winner.  Michigan State, BIG 10 teaches quarterbacks how to play in the NFL.

Redskins are on the rise.  Critics can  complain about the NFC East was weak last season.  They can argue Kirk and the Redskins didn’t beat a team with a winning record,  That is so absurd it defies description.  9 and 7 is a fact, and in truth we gave away 3 games, two at least and should have been 11 and 5.  This 2016 team will be more powerful, better offense, and better defense and ready to prove and defend their NFC East Division Championship.

HOW?  Don’t underestimate Scot McCloughan nor Bruce Allen.  Both have high standards and eyes for late round talents and they will come up with the players and team that can win a Super Bowl.

So get excited REDSKINS fans, our time is now and the FUTURE IS NOW. We are on the WARPATH, and we shall prevail, dominate, and RULE. 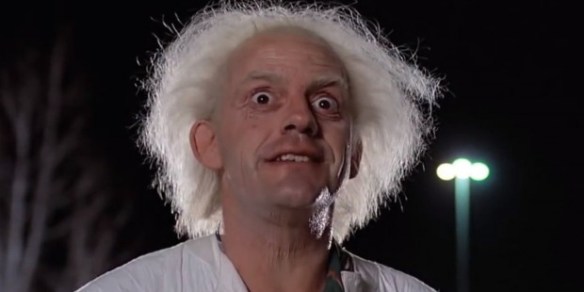 Scot and coaches will be at the combine this week and find our team the winners.  Jay Gruden and all coaches will self evaluate and look at every play in 2015 and be better in 2016 and ALL on the same page.  Scot and Bruce will help us WIN OFF THE FIELD and Jay Gruden and assistant coaches will help us WIN ON THE FIELD.  Look for  Bill Callahan to improve our O-Line to be dominate and can protect the quarterback and run block.  The GREAT WALL of WASHINGTON is coming, The Washington Redskins are on the rise, BEWARE OF THE REDSKINS.

Think about it- from the top down:  Our owner vows never to change our name and logo and trademark, and has let the “football people” run things.  Then we have leadership with President Bruce Allen, who’s been raised in Redskins Nation. Scot McCloughan knows how to find the best talent, teammates, most physical, and winners through free agency and the NFL Draft.  Finally Jay Gruden and his coaching staff.  Nowadays, they are going over every play of 2015 to correct things and be better coaches for our 2016 team.

Be sure to stay informed throughout the year by tuning in to Rev T’s Sports Revival.  The show discusses all D.C. sports as well as up to date information about our Washington Redskins.  You will thoroughly enjoy listening to the program.  He and his co-host Mrs CKirk12 and guests are informative, entertaining, and you will feel revitalized.  Live, internet radio show airing Tuesdays 8-10pm & Saturdays 12-2pm EST on@WBADRadio at http://wbad.net