After Coach Gruden called “Code Red” in Tampa Bay, the Redskins came from behind twenty-four points to win, and following the comeback win, QB Kirk Cousins stood up to the media and yelled, “You Like That”? From that point on it seemed as if there was no turning back.

Since Game seven, Kirk Cousins has thrown 23 touchdowns with only 3 interceptions and Jordan Reed has evolved into one of the top tight ends in the entire NFL. DeSean Jackson is again healthy and has worked back into the deep threat we knew he would be. Pierre Garcon has been the constant example of a team player, giving his all every play,every down. The defense has gotten great, leading the league in forced fumbles and ‘bend but not break,’ and tough against scoring in the red zone. It would take an entire article to list all the injuries to starters and those who stepped in who also got injured, but this team is what Scot McCloughan said it would be… tough, physical and no backing down or quitting.

Finally after winning the NFC East with a record of 9-7 with four straight wins, three on the road, the media has begun posting respectful comments about our coach, team, quarterback. Some even have us 1 point favorites vs Green Bay Packers. I believe we will continue to score and win, so I predict 42 to 24. The Packers will be doing good to get 24 points because Capital Punishment has arrived. Kirk Cousins has arrived. This team is DANGEROUS and determined to win.

I expect our defense to cause at least 3 turnovers, perhaps as many as 4 or 5. I expect at least 3 sacks of Packer quarterback Aaron Rodgers. It is critical that our defense controls the Packer rushing attack. On offense I see Kirk Cousins getting us 5 touchdowns, either his passing or getting us in the red zone and our running backs score. Throw in a defensive touchdown and or some field goals and that’s our FORTYBURGER. Expect Reed, Jackson, Garcon, and Thomas to all have good games. Alfred Morris will run successfully because our injured starting center Kory Lichtensteiger is back. Under Bill Callahan, Kory has learned to be the quarterback of the O-line and a good run blocker. Morgan Moses and Brandon Scherff have been protecting Kirk from the right side and our All Pro left tackle Trent Williams has helped Kirk have fewer sacks than most starting quarterbacks. I really expect us to have a dominating win and proceed in the playoffs as 1 and 0. Nobody has a better record than we do right now, because essentially the playoffs is a new season.

Be sure to tune in Tuesday night and hear Rev T in DC and his co-host and guest review the win over the Packers and keys to victory for our next playoff game.LIVE internet radio show airing Tuesdays 8-10pm & Saturdays 12-2pm EST on@WBADRadio at http://wbad.net  #HTTR#Redskins #Wizards #Capitals #Nationals Please support this outstanding program that revitalizes the Redskins fan base. Its entertaining, informative, and its for the fans. Here’s the link to support this entertaining broadcast:

This writer is on there as well on ‘Kirby’s Corner’ and you can hear my take on everything. So, listen live on the radio or google that link on the internet and hear the program, LIVE ACTION.  Last Tuesday, Dexter Manley’s daughter was a guest and Darryl Grant.  Never know WHO Rev T will have on the show.  It is dedicated to us fans, so call in and our voices will be heard. HAIL TO THE REDSKINS. WE MARCHING to the SUPERBOWL.  Believe, KEEP THE FAITH. 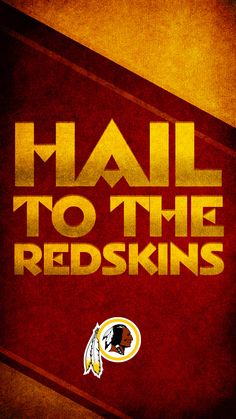