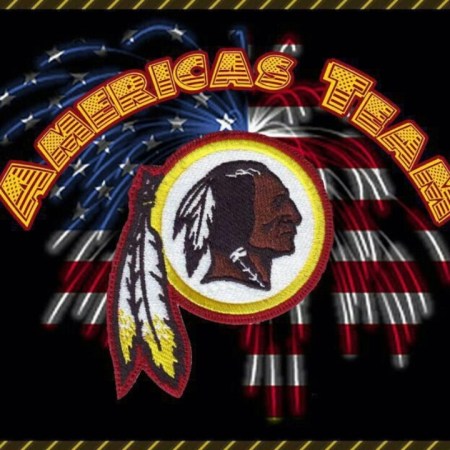 On a trivia note, how many of you guys remember this headline from last week?

Well, we now know how that ended: The only thing “overwhelming yesterday” at FedEx Field was the Washington Redskins offense and defense.

Kirk Cousins outplayed elite Giants quarterback Eli Manning all day long, and  went 20 for 29 for 302 yards. We have proof he does have an accurate, strong arm after that perfectly thrown 63 yard touchdown to DeSean Jackson. Kirk wisely spread the ball around to 8 different receivers. Cousins also scored on a quarterback sneak, but more importantly Kirk didn’t throw an interception. Eli Manning on the other hand was intercepted 3 times by our ball-hawking defense. During the Redskins’ current five-game home winning streak Cousins has 10 TDs, zero interceptions and a 121.2 passer rating.  That is the best home winning streak since 1991.

Our team overcame adversity as our team was penalized twice as much as the Giants were.  The officials called 7 penalties on us for 80 yards but only penalized the Giants 35 yards total.  Our offense was given slick wet footballs and gave the Giants dry clean footballs.  They stopped doing that after Kirk Cousins got in the refs face about it.  They did call one ‘”roughing the passer” penalty on the Giants but missed 4 other times Cousins was hit in the head and no penalty called.

We had zero turnovers in the game.  Cousins fumbled once but recovered the slick wet football himself.  In my view, this was a STATEMENT win by our Redskins.  Before the game, the players held a “players only” meeting,  It was kept secret what all was said, but whatever it was had our team focused, angry, ready for battle and showed that the team has pride, is dedicated to winning, has talent, and was going to take first place away from the New York Giants.

It was refreshing to see Alfred Morris get some rushing yards against a very good run defense.  Alfred gained some critical yards when needed.  Jordan Reed caught a pass  for a 1st down we needed to get to run the clock down on the Giants who were making a comeback in the 4th quarter, a 6 point game then.  To sum it all up, it was a well played, well coached team victory.

The late Sean Taylor probably smiled at how well our defense played today. Joe Barry’s defense was swarming and pressured Giants quarterback all game, sacking him 3 times in addition to the 3 interceptions.  They caused 3 fumbles,but the Giants recovered their fumbles.  Tackling was very good for the most part, and Terrance POTROAST Knighton played great as usual. Our defense held the Giants to 33 yards rushing on 13 attempts.

Ex-wide receiver Quinton Dunbar intercepted the ball in the endzone to keep the Giants from scoring.  Due to so many injuries to our secondary this season, he was converted to defensive back and showed he has “good hands”.  Although Eli Manning did throw two touchdowns in the 4th quarter, our defense covered their receivers very well. Odell Beckham made a circus,one-hand great catch for one touchdown although covered like a blanket.   I give our defense an “A+” for their performance.

Next game will be a Monday Night home game vs the Dallas Cowboys.  Although their starting quarterback Tony Romo is out injured, the Cowboys without him have been in some close games.  They’ll come into our house to try to upset us,  We can expect their best shot.  We cannot take them lightly and when it’s Redskins vs Cowboys, it’s always bigtime rivalry, a battle royal.

I expect us to be victorious and also defeat the Eagles later and the sweep the Cowboys the final game.  I believe as our team believes that we will win the NFC East Division.   Our team has the coaches and players to accomplish this.  However, it’s a 5 game season now, one game at a time.  Our team must win on the road and play consistently well.  Game plans can’t be too predictable.  WE WANT DALLAS.

Note: To listen to Rev T’s radio show Tuesday night, go to WBAD.Net between 8pm and 10pm Eastern (or 7-9pm Central) and click the listen button.

One thought on “Redskins Scalp Unsuspecting Giants 20 to 14”