Sunday our Washington Redskins showed us that Jay Gruden’s offense is explosive when the players know the system and play at the level expected of  NFL players.  I knew the hiring of Jay Gruden would bring Washington the same explosive offense he had with the Cincinnati Bengals – which helped them to 3 straight playoff appearances when he was the OC.

By halftime, quarterback Kirk Cousins had 3 touchdowns and zero interceptions, right at 300 yards passing and the score was 27 to 14.  I was happy that our offense got the ball first, because they marched down the field showing balance and scored the first touchdown. Saints scored a touchdown to tie the game and the Redskins went down and scored again, and after the Saints 2nd touchdown, our defense tightened up and played exceptionally well and denying the Saints anymore points in the game.  Perry Riley played well and came up with a one-handed catch for an interception even as he was interfered with by the offensive player.

Our front 7 put enough pressure on elite quarterback Drew Brees to make him uncomfortable and unable to throw 7 touchdowns on us like he did the NY Giants. It was a fun day for us Redskins fans and a beautiful day for football for the game. Our team scored its 2nd highest ever amount of points for the first half.  Honestly, Jay Gruden probably could have ran up the score even higher in the 4th quarter instead of working the clock since the game was decided by the 3rd quarter.

Kirk Cousins threw 4 touchdowns and zero interceptions while having a career day. It was rewarding to see our Oline dominating the line of scrimmage. Kirk showed fine command of the offense – our running backs run the ball well, and Kirk’s accuracy enabled our great receivers to catch the ball.

I saw impressive blocking by our receivers and tightends for the running backs when they got to the 2nd level.  I’m proud of our coaches who called a good game and were less predictable, keeping the Saints defense off balance.

One can see now the effect having DeSean Jackson back in the game makes.  The other team’s safety cannot help stop the run now since he is such a threat and defenses have to account for him,  Kirk Cousins proved he can hit DeSean Jackson at full stride with a perfect pass when he let it rip from the 2 yard line to the 40 in the air. This part of Jay Gruden’s explosive offense has been missing all season and finally we got a glimpse of Cousins to Jackson plays.  Future opponents will take note and our running game will improve, which helps us control the time of possession and have balance. Oops, did I forget to mention Matt Jones?

All the other 3 teams in our division lost so we are right back in the thick of the fight to win the NFC East Division.  Its obvious that when our team executes, they can beat any NFL team.  We are 4 and 5 and still alive. In my view we should be 6 and 3, losing 2 games were gave away earlier in the season.

The Critics:XXX Have you noticed what our critics say about our wins?

But… Any fool knows that:

Our critics should pull their fingers out their nose and thumbs out of their backsides long enough to ‘read between the lines’, lol…

Coming Down the Home Stretch:

Our team is not a finished product. However it’s showing we have a lot of potential, and great character guys who are team players who stand behind their coach and quarterback.  They believe in themselves and each other and have REDSKINS PRIDE.  Yesterday’s win gave this team just what it needed.  Our team played as a team and executed exceptionally well. We didn’t hurt ourselves by dropping good passes, getting dumb penalties, calling predictable plays, or shooting ourselves in the foot. Scoring almost 50 points and the defense stopping one of the most explosive teams in the NFL was just what the doctor ordered.
Getting the turnovers, sacks, hurries, hits and pressure on Drew Brees, (one of the best quarterbacks in the NFL) was just gravy.

I heard through Rev T’s Grapevine that our Redskins have some ‘Kryptonite’ for so-called Superman Cam Newton when we go play the 9-0 next game. 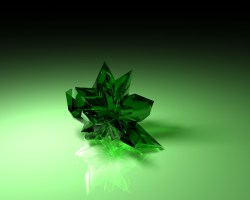 However… I believe our quarterback Kirk Cousins is better than Cam Newton is, and the stats support that.  Kirks QB stats etc. are in fact significantly better than Cam Newton’s are. They have a very good, top ranked defense, so I am not going to say we will score a 40 burger on them, but I do believe we will beat them and our offense can likely score 30 points on them. Expect our defense to hold Cam to less than 21 points.  Redskins upset the Panthers and win 31 to 20. When we beat the Panthers, the critics and haters will finally be silenced and our team, coaches & players will finally get the respect they deserve.

Remember that you can hear more about this awesome team victory and our forthcoming game vs the Panthers and D.C. sports on the radio WBAD.net this Tuesday night from 8pm to 10 pm EST. Rev T, co-hosts and guests and call-in fans will be on hand to discuss our Washington Redskins in depth.  You will be inspired, edified and informed if you tune into the broadcast.  Follow him on twitter: ‘Rev T’ AKA @RevTinDC and listen to earlier podcasts also. Hail, HTTR!