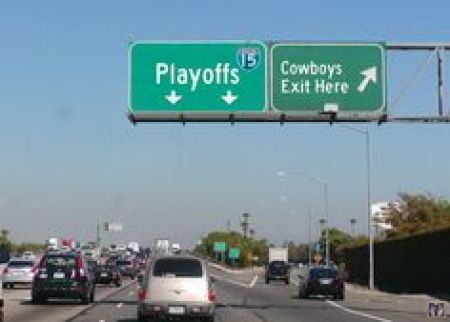 Stability Is A Team Issue

Each and every year we go through a rebirth process, and some years it’s more painful than others. We’re not where we should be after six games, so it’s back to the drawing board. At least we don’t have a “Quarterback Issue” anymore; coaches Gruden chose Kirk Cousins to start this season because he believes Kirk gives us the best change to win. We do however have some other stability issues to iron out before the Redskins start running on all twelve cylinders.

It’s All About Support

There are no “One Man Gangs” in football, only in wrestling. These days sportswriters glorify some quarterbacks to the point of absurdity, as if they could walk on water or part the Red Sea. For all last years hoopla about Russell Wilson & Colin Kaepernick right now both men are doing their best cocker spaniel impersonation while dog-paddling just like us at 2-4 just to keep their heads above water. They call them football “teams” for a reason – it takes all eleven men working in unison to get the job done.

We Can’t Control The Injuries

We can’t stop them, and we can’t wish the players back any faster. I do believe however when our injured starters return, we’ll be able to  get our powerful running game going again. Long drives will be critical to a successful season, but only if they end well – they must result in points, preferably in touchdowns. Dominating the time of possession only works when you dominate the scoreboard.

Right now with the injuries to starting offensive players we haven’t been able to consistently run the ball, thus our problem:  The more you throw, the more opportunities for interceptions by any quarterback.  But, with our strong running game, we can use play action plays which results in open receivers because the other team has to respect the run. Also they will have to double cover DeSean Jackson, less players to load the box to stop our run.

Without being able to dominate the time of possession, our defense is on the field more than is desired. It takes twice the energy to play defense, so its important for defense to have “fresh legs” in the 2nd half of games.  If the offense is on the field with long scoring drives, the defense has time to rest and have those “fresh legs” which results in more turnovers and quicker pass rushes, pressure on the enemy quarterback.

Play-calling by our coaches has been criticized in our losses, and in every loss there certainly some bad calls…
HOWEVER – Its only a “bad play call” if it doesn’t work. Sometimes its not the play-calling but the execution of said play called by the players. I do think our coaches need to do better at halftime planning for the 2nd half as we have been outscored big time in the 3rd quarter after leading at halftime.  Obviously other teams has made better adjustments at halftime than us, and I’m sure coach Jay Gruden is working on it. Our defense under Joe Barry is good considering all the injuries to starters, and I see a lot of improvement in our special teams this season as well.

Where Do We Go From Here

No reason to write off our season as some fans are doing now.   If we beat Tampa Bay next week we’re back in the race, maybe a game or two out of 1st place.  The NFC East Division is tight and going to be tight to the last game of the season.  We will have a bye week after we defeat the Bucs and hopefully get all our injured starters back and get on a winning streak. We should be able to dominate the line of scrimmage on both sides of the ball and win the turnover battle and time-of-possession once again. Cousins will get better at his position and have more support when our walking wounded get healthy – remember, he’s thrown at least one touchdown pass in his 6 games this season. Its Kirk’s team now, so give him your support and the time to pull his team together.  True Redskins fans will support our coaches, team, and players.  Hail, HTTR.