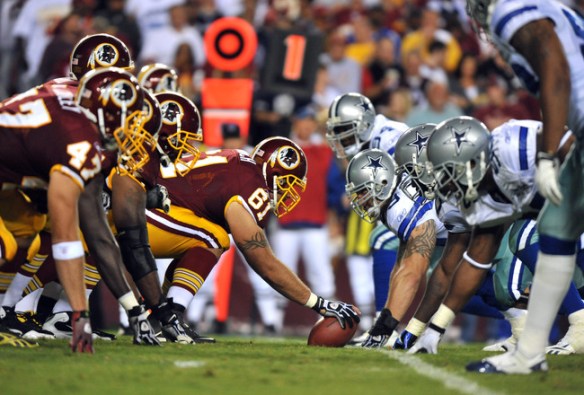 Big NFC East Division rivals Dallas Cowboys host the Washington Redskins on Monday Night Football, and most of the games between these two are decided by less than 7 points, and often down to the last play or the last minute of the game.

This is a much heated NFC rivalry that goes back to the early 70’s when George Allen and Tom Landry were coaches of the Redskins and Cowboys. This is what some of the players had to say about the forthcoming game:

“When you’re talking Redskins-Cowboys, it’s the biggest rivalry in football. So Monday night, the whole thing, we’ll be ready.”

“I’ve heard a lot about this rivalry. I’ve watched a lot of these games growing up. I know exactly what it means to this city and to this team. So I’m excited. To be on a Monday night, in a nationally televised game, and a chance to go 3-0, I’m looking forward to it.”

“It’s gonna be a huge game. Everybody knows about the Cowboys-Redskins game. It’s gonna be phenomenal. We’re 2-0, I don’t know what their record is right now but it really doesn’t matter, we know it’s gonna be a great game.”