When Vince Lombardi jump-started the Washington Redskins in ’69, Skins fans had all but forgotten how a winning season felt like. However, Vince died of cancer on the eve of the 1970 season and Assistant coach Bill Austin as the interim head coach was ill prepared to pick up the ball and run with it. When Washington finished that season at 6–8. ex L.A. Rams head coach George Allen stepped into the leadership vacuum and the rest is Redskins history.

END_OF_DOCUMENT_TOKEN_TO_BE_REPLACED

Young Washington Redskins fans need to watch youtube videos of the Redskins before their time to learn the players and history of our great team. There are so many great games the Redskins have played since 1932 and so many great men who have worn the “Spear, the “R”, and the current Redskins helmet and the Burgundy and Gold. Those days were when football was really football and real men played the game. They played for the love of the game and for each other.

END_OF_DOCUMENT_TOKEN_TO_BE_REPLACED

Remember the good old days? Girls were girls, boys were boys, women wore dresses and men wore pants. Toxic masculinity was all the rage back then, and nowhere was toxic masculinity more evident than at an NFL stadium about two miles due east of the US Capitol building, near the west bank of the Anacostia River. Robert F. Kennedy gave the stadium it’s name, and the Washington Redskins made it famous.

At a time when most of America was only worried about “Where’s the Beef”?, the locals there were only concerned with their “Hogs”, the mighty front line of the next years World Championship Washington Redskins team.

END_OF_DOCUMENT_TOKEN_TO_BE_REPLACED

I became a Washington Redskins fan in 1969 because my favorite coach Vince Lombardi became the new head coach of the Redskins. He chose Sonny Jurgensen to be his quarterback. Lombardi and Jurgensen were a great match and they took the Redskins to their 1st winning season in a dozen years. Sonny Jurgensen showed me why he was considered the “best pure passer in the NFL.”

END_OF_DOCUMENT_TOKEN_TO_BE_REPLACED 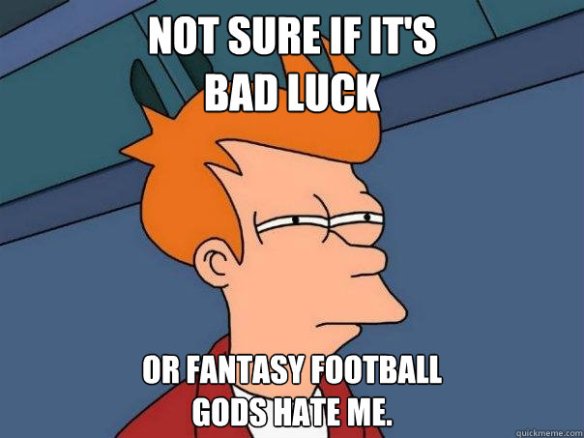 If the Washington Redskins did not have bad luck, they would not have any luck at all. The Redskins lost both starting guards weeks ago, all-pro left tackle Trent Williams undergo surgery on his hand, thumb and other injuries, They lost their starting quarterback Alex Smith for the season after he suffered a broken leg. Backup quarterback Colt McCoy was throw into the fire.

In last night’s game versus the Eagles, McCoy suffered a season ending broken leg. Quarterback Mark Sanchez was just signed two weeks ago and had not taken a regular season snap in 701 days. With virtually no practice with the starters, Sanchez became the starting quarterback and faced the pressure of a good Eagles pass-rush and front seven.